By adminCategories: Commercial NewsPublished On: Thursday 19 May 2022 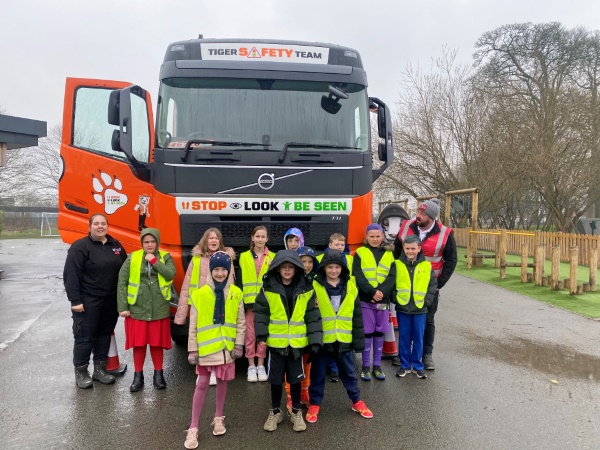 Tiger Trailers’ Tiger Safety Team unit is busy delivering its ‘Stop Look Be Seen’ scheme, which is designed to raise awareness among schoolchildren regarding safe behaviour around larger vehicles.

The programme was initially unveiled last year during Road Safety Week run by Brake, with whom the Cheshire trailer manufacturer has entered a three-year donor relationship. It has so far visited five schools, reaching around 500 children.

The programme delivers road safety messages to Key Stage 2 children in Cheshire schools. Safety around heavy vehicles is especially important in the age group of 10-12, says the firm, as these children will often be making unaccompanied journeys for the first time when they begin attending secondary school.

Six children are seriously hurt or killed every day on British roads, points out Tiger Trailers, with under-12s the most vulnerable, and HGVs pose a danger at up to 5 metres tall and 18 metres long. Awareness of other large and inherently dangerous vehicles, from bin lorries and buses to tractors, is also being promoted.

The team’s visits are completely free, include both classroom and outside segments, and cover recognising hazards, behaviour change techniques, National Curriculum outcomes, PHSE health, wellbeing and relationships, and the Green Cross Code.

On the scheme’s launch last year, around 40 children plus staff from St. Joseph’s Catholic Primary School in Winsford were given a safety demonstration presented by Tiger’s own driver, teaching them about HGV blind spots, noise, turning circles and other dangers, and a number of children had the opportunity to sit in the cab. 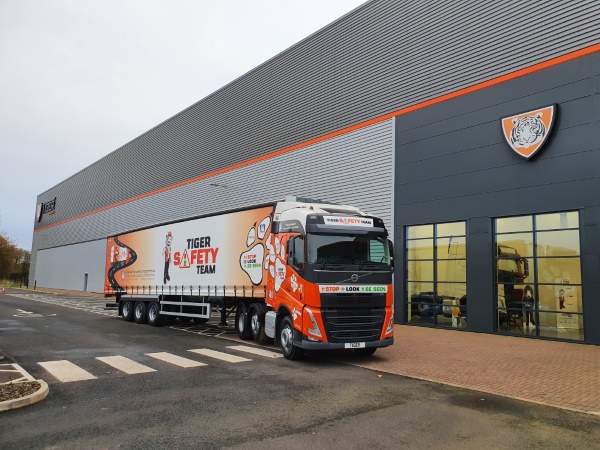 The scheme has since visited Weaverham Primary, Charles Darwin School and Hartford Primary School, and will next visit a number of schools in Crewe. Through its membership of Cheshire Community Foundation, Tiger also presents its programme to children via charities such as Cheshire Buddies and Passion For Learning.

This month, Tiger’s Brake association will see the firm take its trailer to a local school where it will facilitate the Beep Beep kids’ walk, and it is also developing initiatives for motorists in general at its site for this November’s Road Safety Week.

“Child safety and giving back to the community have both been close to my heart over the years and I am delighted that Tiger Trailers is able to play a part in keeping young people safe at a milestone time in their lives,” said Tiger Safety Team’s founder, Alison Cartwright.

Tiger Trailers employs circa 230 staff and manufactures a full range of articulated trailers and rigid bodywork.