By adminCategories: Commercial NewsPublished On: Monday 23 May 2022 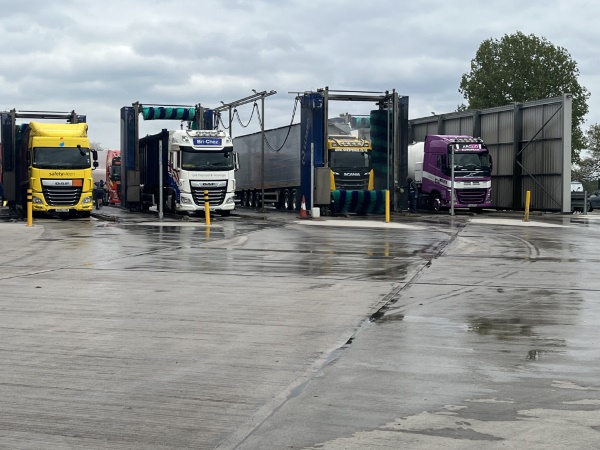 Lymm Truckwash Ltd has raised more than £1,800 for The Ukraine Humanitarian Appeal through a sponsored climb of Mount Snowdon, as well as raising funds for mental health charities as part of its recent Driver Day event, to mark 55 years since it first opened its doors in 1967.

During the Driver Day on Thursday 28 April, the washing specialist offered its drivers, office-based customers and industry professionals freebie goodie bags, cakes and the opportunity to enter a charity raffle, with proceeds to be split between men’s mental health charities, Andy’s Man Club and Mind.

Laura Cardwell, managing director of Lymm Truckwash, said: “We had such a fantastic day hosting this event and celebrating our 55th anniversary with our customers. Our committed and loyal staff along with the many drivers and customers that came along made the day a real success and celebration.

“55 years is a huge milestone for both my family and team and we are so grateful for all of the support we’ve received from our customers over the years, this event was really a big thank you to them.”

The team also climbed Snowdon on Sunday 8 May to raise vital funds for The Ukraine Humanitarian Appeal.

“Thank you to all for your support, we are still aching now!”

Lymm Truckwash washes more than 60,000 trucks a year for customers throughout the UK and across Europe, ranging from owner-drivers to major fleet operators such as DHL, Manfreight, BM Transport, Hoyer, XPO and GXO.

A family-owned business, Lymm Truckwash was first started by husband and wife team John and Anne Cardwell in 1967.

In 2014, daughter Laura Cardwell became a director of the firm, later buying the business in 2018 when her parents retired. Laura took the reins at a key turning point in the company’s history, as it invested £2.3million in relocating to a new, purpose-built site at Poplar Park, just 100 metres from its previous base at Lymm Services, near Warrington.