Travel John is wee godsend for drivers on the go

By adminCategories: Commercial NewsPublished On: Monday 23 May 2022 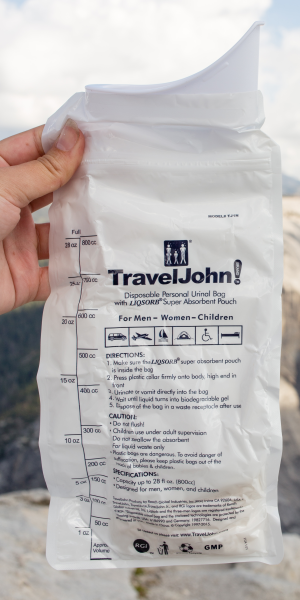 Simon Safety is introducing the Travel John portable urinal product in the UK, small enough to fit in a pocket, which it says offers both convenience and safety benefits to HGV drivers.

With fewer drivers available and increased supply issues, drivers are trying to meet shorter and shorter timeframes, observes the company, meaning they can be unsure when they’ll next be able to access toilet facilities.

“Recently, for example, a standstill at Dover left some drivers queueing for hours as 4,500 lorries attempted to reach the Port of Dover,” said Simon Safety.

“For HGV drivers, this type of traffic can cause more serious problems, as long delays mean fewer chances for toilet breaks. It’s recommended that humans urinate around every three hours, and this can increase if someone is drinking large amounts of caffeine, which is common for HGV drivers on long journeys.”

If drivers are caught in severe delays, this can limit the likelihood of a toilet break, the firm points out, particularly if they’re behind schedule.

“However, holding in urine is dangerous for drivers and those around them,” the company continued.

“Holding it in can weaken bladder muscles, which can lead to incontinence, in addition to increasing the chances of a urinary tract infection as bacteria builds up.

“Holding it in is also extremely dangerous for HGV drivers as this can affect concentration, increasing the likelihood of a crash, causing danger for themselves and others on the road…

“The product is easy to use and gels instantly, meaning it’s odourless, hygienic and reusable until full, so you’re able to throw it in the back of your vehicle once you’ve relieved yourself. The gel actually renders the contents inside Travel John as non-sewage, meaning you can dispose of it in a regular rubbish bin on the go.”