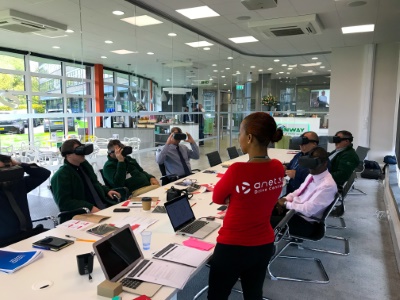 Training development provider and consultancy Transformotion has outlined ways in which it says training providers can drive up the appeal of Driver CPC.

“Driver CPC has been with us for quite some time now,” said James Tillyer FCILT, managing consultant at Transformotion.

“When it was introduced back in 2008 the idea was to raise road safety standards and enhance the efficiency of thousands of truck and bus drivers across Europe, while also creating a more harmonised approach across the continent.

“12 years later, the UK government held a public consultation to explore changes to the Driver CPC arrangements with the aim of making it more flexible to reflect modern practices, including the option to allow up to 12 hours’ eLearning as part of the 35-hour periodic training requirement.”

The consultation proved there was a huge appetite for change, says James, and it led to better guidance in the syllabus, more flexibility with the introduction of the eLearning element and more clarity about drivers who are in or out of scope.

“Yet the changes didn’t really address what is possibly the major problem with periodic Driver CPC; that the majority of training still involves seven hours of a PowerPoint presentation and very little else,” he continued.

“Admittedly it’s difficult to enforce a policy where training providers are required to deliver a blended learning experience involving different tools and / or techniques and of course, there are many fine examples of driver training where PowerPoint is the main, or central, tool.

“But all too often drivers have to sit through slide after slide, which limits interaction, engagement and understanding and devalues the experience, leaving many drivers frustrated and critical.” 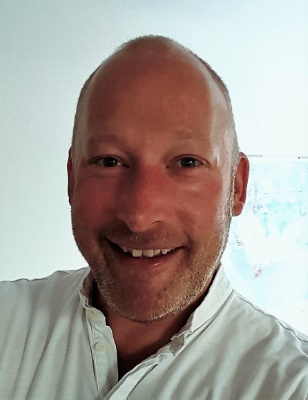 These days companies are keen to invest in soft skills training for office-based staff, where cost is rarely considered when hiring a training provider, says James (pictured, right) – yet many managers still focus on the cheapest Driver CPC course when it comes to mandatory driver training.

“Our truck and bus drivers spend more time behind the wheel than most of us,” he argued.

“They have better skills, honed through hours of training and long periods in charge of complex, heavy machines. They have higher levels of concentration, better hazard perception and the ability to keep to an-often busy schedule (traffic permitting).

“So why give them a poor training experience? Isn’t it time for fleet operators to recalibrate their thinking when it comes to Driver CPC and for training providers to up their game?”

To this end, says James, Transformotion has taken action.

“In our own small way we want to raise the standard of Driver CPC training to a level that truly reflects the importance of our professional drivers,” he said.

“Our hope is that by creating a better learning experience we can challenge others to do the same, and ultimately help raise the standard of Driver CPC training in the UK.

“In the last couple of years we teamed up with leading immersive developer anet360 to create a blended learning experience.

“Drivers get to use a combination of VR headsets and interactive app technology, while training providers get access to engaging content, software, hardware and support to deliver a unique experience, either through a simple subscription or through our consortium.

“Our immersive Safe Urban Driving course means drivers get to experience riding a bicycle in urban areas with a large vehicle close by, from the safety of the classroom using a virtual reality headset featuring 360 video. No need to jump on a bike and go round an industrial estate.”

The company has also developed Interactive Safe Motorway Driving which covers all aspects of driving on a motorway, from joining the carriageway to travelling along it and leaving.

“We’ve used eye tracking technology to help drivers realise where they might look and why, along with 360 video with the cameras fixed to the cab doors so they can see the blind spot and monitor traffic flow,” said James.

“Later this year we’ll be launching a safe site and hazard awareness course, where drivers will learn about performing walkaround checks through eye tracking video with two cameras (one POV and one filming the driver) and they will get to identify different hazards on a variety of roads, again using 360 video, drone footage and our interactive smartphone app.”

He concluded: “We know Driver CPC is here to stay, and in recent months we’ve seen the acceleration of HGV driver training through the fast track programme. Couple that with the fact that a large number of bus drivers are making the transition to HGV and it’s easy to predict that more people will be exposed to the Driver CPC framework, for the first time or not.

“Let’s ensure we don’t lose them to another industry after a year or two because they had a poor training experience.”