By adminCategories: NewsPublished On: Saturday 25 September 2021 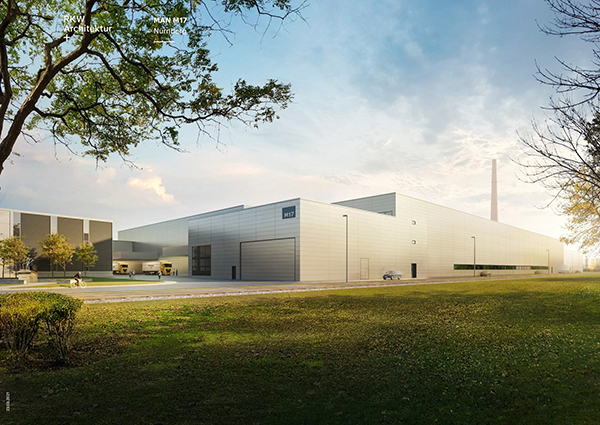 Traton, the parent company of Scania and MAN, has confirmed that a new common engine platform built in Nuremberg, Germany will be shared between the two marques during their transition away from diesel. Work has started on a new engine assembly building near the historic MAN Nuremberg plant, which itself is due to be replaced with a facility building electric drivelines.

The Common Base Engine, which will also be used by Navistar in North America, is described as a “bridge technology leading to the electric drive systems of the future.”

Scania and MAN have been working together on the project since 2017, which will be required to meet the tough new exhaust emissions and fuel consumption regulations expected with Euro VII. Production will start in 2024, and it is anticipated that these engines will be used in applications such as long-haul and off-road which are beyond the capabilities of current carbon-free technologies. MAN has also set 2024 as the year it will commence assembly of electric heavy trucks in Munich.

Hydrogen technologies are also in development.

The project’s title suggests that while core components will be shared across the marques, engines will be given a personal ‘stamp’ by the respective truck manufacturers. Scania, for example, already does this with its seven-litre engine which is based on a core supplied by Cummins, but incorporates technical solutions unique to Scania.

MAN’s director of research and development, Dr Frederik Zohm, said: “The collaborative development and production of a completely new generation of diesel engines for the heavy-duty segment that will be the last of their breed are paying off for us in many ways. We not only developed an exceptional engine platform, but also created financial and personnel leeway that we can use in the development of emission-neutral drive systems. And, naturally, we are also working closely in this area with our partners in the Traton Group and in the Volkswagen Group.”