By adminCategories: NewsPublished On: Monday 6 December 2021 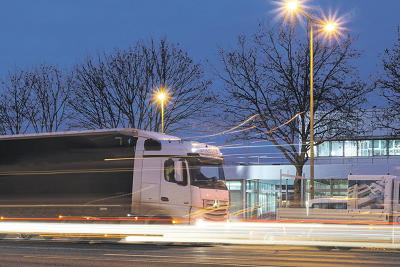 While road freight price-per-mile levels stabilised in October and November, a December spike could impact both retail and consumer choice this Christmas, according to Lyall Cresswell, CEO of online logistics platform Transport Exchange Group (TEG).

Recent data from TEG’s Road Transport Price Index shows that the average price-per-mile for haulage and courier vehicles has fallen 3.3 points since its record peak in September – but the firm has warned that prices in December are predicted to rise again due to the annual growth in demand seen in the run up to Christmas.

TEG cites data from the November-to-December periods in 2019 and 2020, which shows the average price-per-mile spiked by 5.1 and 7.1 points respectively. In addition, it says factors such as market capacity and underlying cost changes are pushing the figure upwards.

High transport costs and supply chain issues have already impacted retailers’ profits ahead of the festive period, adds the company. It highlights recent ONS data revealing that more than one in five businesses reported significant challenges in early November, resulting from either a lack of logistics equipment or hauliers to transport goods.

It predicts the transport rate increases will squeeze margins further, and says consumers are also likely to suffer through reduced choice of food and drink, with the Wine & Spirits Trade Association (WSTA) having warned of potential drink shortages over the festive season.

Lyall Cresswell said: “TEG is uniquely placed to analyse industry trends: it handles 10,000 freight transactions every day. The TEG Road Transport Price Index has been tracking over four million aggregated and anonymised transactions since January 2019, and analysis of this data reveals that a December spike in price-per-mile rates is highly likely.

“With Christmas being a period of extreme demand for haulage and courier services, further challenges remain, both for those working in the road freight industry and those who rely on them.

“To meet demand, the government has announced a range of measures to support the industry, including making more HGV driving test slots available and a temporary visa scheme for drivers from abroad.”

Kirsten Tisdale, director of logistics consultants Aricia Limited and Fellow of the Chartered Institute of Logistics & Transport, added: “In the past two months, the TEG Road Transport Price Index has descended from its recent September high  Demand continues to be affected by various factors, but it does look as if prices are responding to increased capacity in the market, despite the continued rise in fuel prices, as more drivers have become available through a variety of recent industry and government responses.

“However, the logistics industry needs to ensure it retains these drivers through seasonal reduced demand in January and February. Only then can road freight rates continue to stabilise in 2022.”