By adminCategories: NewsPublished On: Monday 14 March 2022 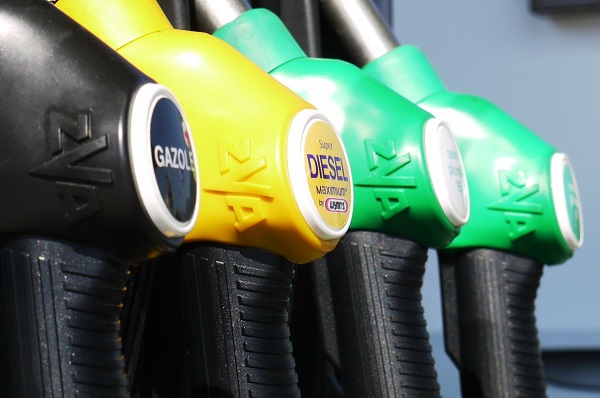 Transport trade groups have called for government action to help hauliers struggling with volatile fuel costs, as the war in Ukraine takes its toll on global oil prices.

The Road Haulage Association (RHA) cited the rise of Brent crude oil at the start of March as the cause of a five pence per litre increase in diesel.

“If the government is serious about levelling up and helping those in need, it must get serious about reducing the tax burden on our sector as well as addressing the skills shortage which hinder economic growth,” said the RHA.

“Now, with the Ukraine war raging, and costs escalating, is not the time to hit hauliers with further tax rises.”

The association called for fuel duty to be frozen for a further two years, and for the introduction of an “essential-user rebate” for truck and coach operators.

It also advocated a 12-month postponement of the forthcoming 1 April changes to rules around red diesel, with a phased introduction thereafter.

In addition, it said increased flexibility for the apprenticeship levy would help address “acute labour shortages”, as would the continuation of the HGV skills bootcamps.

“The average haulage business makes an annual profit of three per cent,” he said.

“Put another way, the weekly profit of a truck of may be £80 but the increase in the price of fuel can equate to between £77-£87 per week per truck, thereby completely wiping out any potential profit.

“Of course, hauliers can put up prices. That will add to the general escalating pressures on inflation for everyone. That’s bad for our businesses, some of whose existence is now threatened – and indeed for all of us in the UK, as prices rise.

“But the government can, and we think should, do something about it.”

Ahead of chancellor Rishi Sunak’s spring statement, the RHA has been encouraging its members to write to their MPs urging action on fuel prices, and said thousands had already done so.

Logistics UK has also called for a cut in fuel duty, with policy director Elizabeth de Jong having written to Mr Sunak.

She warned: “These additional costs cannot be absorbed by logistics operators and it is unavoidable that much of these cost rises will need to be passed on to end customers as a result.

“Fuel is the single biggest expense incurred by logistics operators – it accounts for a third of the annual operating cost of an HGV and without it, goods cannot be delivered to their destinations.

“Logistics UK is urging Rishi Sunak MP to cut diesel fuel duty in the next budget.

“This reduction could be temporary and reviewed in the Autumn Statement, should fuel prices have fallen.”

IRU said reports from CV operators in all regions painted a “bleak picture” of “soaring” fuel costs, with global oil prices reaching their highest level since 2008.

This situation was set to worsen, the organisation said, amidst “continuing instability and sanctions related to the Ukraine crisis.”

Last week it said average diesel prices including tax and excise had risen 33 per cent across 51 nations it tracks over the past 12 months, meaning operators must pass on increases to customers to avoid risking bankruptcy and further supply chain pressure.

“Some are already on the verge of bankruptcy, but if road transport does not work properly, already stretched supply chains will be affected even more.

“The biggest losers will be operators’ clients, the ordinary citizens and businesses who will suffer if commercial road transport costs spiral out of control.”

Umberto de Pretto, IRU secretary general, added: “Almost everything eaten, worn or used by the world’s population is transported by truck at some point in its supply chain.

“If commercial road transport cost rises are not urgently contained, by capping fuel prices and cutting fuel taxes for operators, all communities and sectors of the global economy risk serious inflationary consequences. IRU calls on governments to act urgently.”