Calls for more action on fuel prices despite duty cut

By adminCategories: NewsPublished On: Sunday 3 April 2022 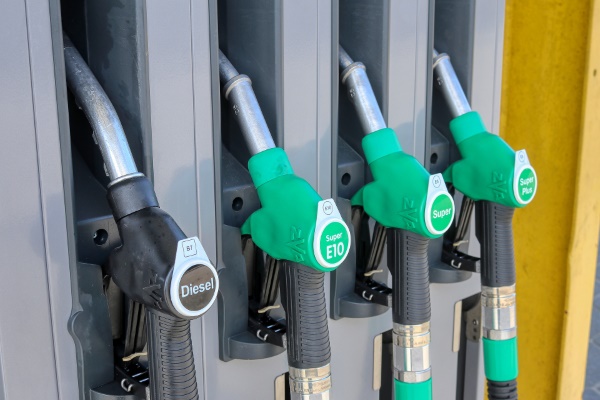 The Road Haulage Association (RHA) warned in late March that there was little sign of diesel prices easing, despite a headline-grabbing 5p cut in fuel duty announced by the chancellor Rishi Sunak during his Spring Statement.

With bulk and forecourt costs remaining at high levels and the war in Ukraine contributing to ongoing volatility in global oil prices, RHA executive director for policy and public affairs Rod McKenzie described the duty cut as a “sticking plaster” solution, while reiterating the association’s call for further measures.

“We can’t be at the mercy of OPEC or Vladimir Putin anymore,” he said.

“We need some strategic thinking about tax and fuel. It needs to be sensible, pragmatic and long term. That’s why the RHA believes in an essential user fuel duty rebate.

“This would give a 15 pence per litre money back guarantee to businesses that depend on road transport: coaches, lorries, vans. It’s a model that works for other European countries – Spain, France, Italy, Belgium and Ireland to name but a few. It’s also fair.”

He added: “We have the highest diesel duty rate compared with all EU countries. If there’s a post-Brexit dividend – this is one of the best cases for it.”

The RHA was also critical of the Treasury’s failure to delay the ban on the use of red diesel from 1 April, having previously called for a one-year postponement of the policy.

Logistics UK welcomed the duty cut. Elizabeth de Jong, the organisation’s director of policy, said: “With average fuel prices reaching the highest level on record and rising inflation, there has been an unstainable burden on logistics businesses which operate on very narrow margins of around one per cent; the chancellor’s decision today will help to ensure operators can continue to afford supplying the nation with all the goods it needs, including food, medicine and other essential items.

“Fuel is the single biggest expense incurred by logistics operators, accounting for a third of the annual operating cost of an HGV. The cut in fuel duty of 5p/litre will result in an average saving of £2,356 per year per 44-tonne truck; this move will help to strengthen the UK’s supply chain during a time of ongoing financial and operational challenges.”

While the announcement of a reduction in fuel duty was initially welcomed by many in the industry, some were soon questioning how worthwhile it was or whether it would stick in an environment where the price of diesel was increasing so fast it was proving difficult to get a firm price on a bulk fuel delivery.

Immediately after the announcement, one haulier told Transport Operator: “That price cut will be absorbed in further increases by this time next week.”

And Chris Bird, managing director of C J Bird Transport in Llantrisant, South Wales, said: “The decrease in fuel duty is effectively nothing, no sacrifice for the chancellor at all, because the increase in fuel prices and hence VAT revenue from consumers, will more than cover it. Effectively, 5p/ litre is nothing because prices are rising so fast: it should have been at least 10p. I’m amazed that the reaction from the leading industry bodies hasn’t been to call them out on it rather than welcome it. It’s all smoke and mirrors.

“If the government carry on like this they’ll cock it up altogether, and we’ll have a full-blown recession. Ordinary people now face huge price increases for energy and rising interest rates, while politicians are just disconnected from real life. I’d bet Boris couldn’t tell you the price of a litre of diesel if you asked him.”

Mr Bird also slammed oil suppliers for their reluctance to quote firm prices for bulk deliveries, saying it was unacceptable for them to quote a price, then increase it at the time of actual delivery.

“There’s now no real saving over pump price. I’ve told my supplier that I’ll go back to just using fuel cards if this continues. We’ve also seen the price of AdBlue jump from 27p to 81p a litre, and that’s another cost that can’t be avoided.”

Peter Golding, managing director of fleet management software provider FleetCheck, said: “With inflation now above six per cent and fuel prices having risen exponentially in recent months, fleet running costs are unavoidably increasing and the actions of the chancellor in reducing fuel duty, while welcome, amount to little more than tinkering.

“I think the underlying message for fleets here is a small ‘p’ political one. Following the pandemic, when the government stepped in and took a high degree of responsibility for keeping the economy on a sure footing, we’re now returning to a more traditional situation when interventions will be much more limited.

“Businesses and their fleets are going to have to mitigate rising costs through more effective management rather than looking for more dramatic forms of external help.”

While welcoming the duty cut, David Bushnell, director of consultancy and strategy at fleet management provider Fleet Operations, said: “This may be ‘the biggest cut to all fuel duty rates ever’, but we cannot lose sight of the fact that this cost burden has not just arisen following the crisis in Ukraine.

“Average petrol and diesel costs have risen by 33 per cent and 38 per cent respectively in just 12 months… Oil price volatility shows few signs of abating and so fleets must find other ways to ease the financial pressure.

“With the business case for electrification growing ever stronger, fleet fuel strategies should continue to be reviewed, along with cost control measures that can help ease the financial burden – from effective vehicle maintenance and fuel discount structures to more effective mobility management.”

Mr Bushnell added that the cut in fuel duty would do little to support the UK’s emission reduction strategy, pointing out that: “the decision since 2010 to freeze fuel duty has led to an increase in emissions of up to five per cent.

He argued: “The chancellor may have scrapped VAT on home energy-saving measures such as insulation, solar panels and heat pumps but has offered fleet operators nothing in the way of any new incentives to encourage EV take up which may have helped balance out the CO2 impact of the fuel duty rise.”

On smaller vehicles, the cut is expected to save around £87 a year per van according to Nick McClellan, managing director at RAM Tracking, a vehicle-tracking, dash cam and fleet management company, who urged operators to control fuel costs by changing driver behaviours to minimise consumption, by avoid idling for too long, keeping tyres pumped up, not going too fast or too slow, avoiding braking aggressively, and better route optimisation.

Delivery service ParcelHero’s head of consumer research, David Jinks, said: “There’s no doubt that some of the measures the chancellor has announced will eventually make consumers more comfortable about spending money again…

“Plans to re-examine the apprenticeship levy, make tax credits more generous for firms investing in research and development, and cutting taxes on business investment all sound laudable, but small businesses will have to wait until the Autumn budget to find out more.

“That’s a lot of promises for the future, but what about today?”

He pointed out that, even with the fuel duty cut, there was no cap on operators’ other energy costs, with some facing electricity price increases of 250 per cent.

Philip Nothard, chair of the Vehicle Remarketing Association was unimpressed: “In the same week as the Spring Statement, inflation reached a high not seen in 30 years, while fuel prices hit record levels. We are seeing pressure on costs across the economy on a scale that has not been present in decades.

“In the face of such major forces, the chancellor has taken some action – and promised more in the future in the shape of his tax plan – but really nothing that is going to have a significant effect.”

Paul Hollick, chair of the Association of Fleet Professionals, said the chancellor’s actions would not change long-term trends.

“The Spring Statement really does serve as a point of focus for the rising costs that all fleets are currently facing, especially given poorer growth and inflation forecasts,” he said.

“While the chancellor has taken some actions that will serve to offer some mitigation, such as the reduction in fuel duty, none of these will really alter the overall direction of travel.

“The AFP view, in general, is that businesses should look to proactively manage their way through this situation and, for many, that will ultimately mean speeding up EV adoption, accessing permanently lower fuel and overall running costs.

“Also, in the light of ongoing electrification, we were hoping to see more news on both the post-2024-25 benefit in kind tables and the road charging schemes that it appears will replace diesel and petrol fuel and vehicle excise duty – but it seems the government is not yet ready to unveil its plans.”