By adminCategories: NewsPublished On: Tuesday 31 May 2022 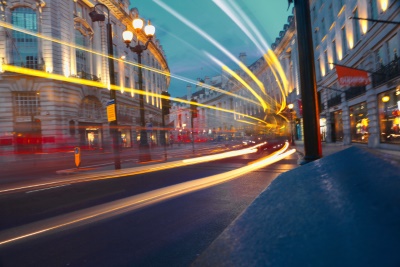 The rollout of self-driving technology for vans and buses has received a boost following the government’s announcement of a £40 million competition for fun-ding, which it says could create tens of thousands of skilled jobs across the UK over the next ten years.

The ‘Commercialising Con­nected and Automated Mobili­ty’ competition, which is being run by the Centre for Connect­ed and Autonomous Vehicles (CCAV), will offer grants to help facilitate the rollout of self-driving vehicles for com­mercial use on UK roads from 2025.

In addition to delivery vans and passenger buses, types of vehicles that could be in­cluded in the scheme include shuttles and pods, as well as specialist airport and shipping port vehicles.

The government says the funds will help accelerate a new market for self-driving technology, which it estimates could be worth £42 billion to the economy by 2035.

Announcing the scheme late last month, the investment minister Lord Grimstone said: “Self-driving vehicles have the potential to revolutionise people’s lives, whether its by helping to better connect people who rely on public transport with jobs, local shops, and vital services, or by making it easier for those who have mobility issues to order and access services conveniently.

“This funding will help un­lock the incredible potential of this new and growing industry, building on the continued de­velopment of self-driving tech­nology, attracting investment and helping make our trans­port cleaner, safer and more efficient.”

The government says that vehicles involved would “un­dergo rigorous testing” and only be approved for self-driv­ing when stringent standards were met. A “comprehensive legal framework” would be introduced to facilitate this, it said.

Transport minister Trudy Harrison emphasised the po­tential road safety benefits, claiming: “With around 88 per cent of road collisions cur­rently caused by human error, this funding will drive the in­troduction of new technology to improve travel for all, while boosting economic growth and highly skilled jobs across the nation.”

Mike Hawes, chief executive of the Society of Motor Man­ufacturers & Traders, said: “Self-driving vehicles offer major benefits to society – im­proving road safety, support­ing new jobs and economic growth, and enabling greater mobility for everyone – so the UK is rightly seeking to be at the forefront of this technolog­ical evolution.

“Recent regulatory reforms have helped Britain estab­lish itself as a leader in the rollout out of self-driving pas­senger vehicles, and today’s announcement is a signifi­cant step towards self-driving public transport and goods delivery services becoming a reality.

Michelle Gardner, acting deputy director for public pol­icy at Logistics UK, said that the move was a “welcome step forward” and would “help accelerate emerging technolo­gies.”

She also welcomed a £1.5m of the funding that has been earmarked for feasibility stud­ies into real-life schemes us­ing self-driving vehicles on guided routes, as a potential alternative to traditional bus routes or railways.

“Safety and sustainabili­ty must remain a core focus alongside consideration to vital economic and business benefits,” she added.

Interested parties can apply for a share of the £40m pack­age via the government’s In­novation Funding Service until 20 July.