IRU call for action as fuel prices continue to bite

By adminCategories: NewsPublished On: Wednesday 1 June 2022 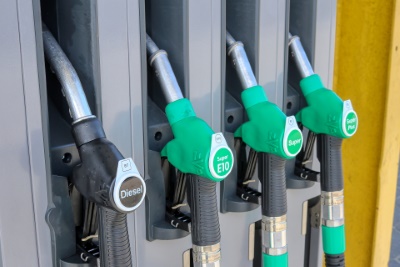 The world road transport organisation IRU warned last month that emergency action on fuel costs had become vital in order to prevent the collapse of transport operators and the consequent damage to the supply chain.

In late May the Road Haulage Association (RHA) observed that the impact of the recently announced fuel duty cut had been negated, as prices at the pump for diesel crept towards the 180p per litre mark. Rising costs, including of fuel, forced up British haulage rates in the first quarter of 2022, according to the Performance Tracker published by Logistics UK, while also reducing demand for transport services.

The RHA has called for an ‘essential user rebate’ on fuel duty for transport operators of 15 pence per litre, the benefits of which it said would trickle down to consumers struggling with the cost-of-living crisis, as the cut could be taken off the cost of goods and services, thereby reducing prices on high streets and in supermarkets.

“This would be a big boost to the economy as the cost of living spirals,” said an RHA spokesperson, adding: “Similar schemes are in place for commercial operators in France, Spain, Italy and Belgium.”

IRU said that there was “no end in sight” to the volatility of diesel prices, which were “up by 63 per cent globally since January 2021, spiking since the Ukraine war”.

The rises in fuel costs had hit operator profits by nine per cent over the course of two months, the organisation said, despite net margins often amounting to little more than three per cent.

“Volatility in diesel prices and inflexible commercial terms mean they have little room for manoeuvre and bankruptcies are climbing.

“This will damage road transport network capacity and efficiency, impacting supply chains, inflation and the broader economy. We need to act now.”

IRU posited a 17-point emergency plan through which it said world governments could tackle rising fuel prices, including the introduction of an adjustment mechanism on fuel excise for commercial transport operators which it said would provide “short-term certainty”.

Citing increased energy insecurity and an imbalance between fuel supply and demand, it also called for the careful review of decarbonisation policies “to plan a more gradual shift to renewable fuels, beyond battery electric vehicles”.

Governments should “scale back market distortions,” it added, “such as road user charging and zero emission zones that exclude already operational low carbon fuel options such as biodiesel and bio-LNG.”

According to Logistics UK’s May 2022 Performance Tracker, 71 per cent of UK logistics firms re­ported an escalation in the costs associated with goods transport during Q1 of 2022 compared to the same period a year ago amid sharp fuel price rises and other global supply chain pressures. Two out of five respondents, meanwhile, said costs had risen by 25 per cent or more.

Sarah Watkins, deputy director for policy information at Logistics UK, said: “The cost to transport goods is surging at an unprec­edented rate amid significant increases in the cost of fuel. The sheer numbers of logistics com­panies reporting increases in both freight rates and the costs to move goods suggests rising prices are deeply embedded and are unlikely to subside in the coming weeks.

“The sector is particularly reliant on diesel, the cost of which is likely to remain elevated even as the cost of other fuels subside.”

Citing a 35.7 per cent rise in bulk diesel prices in Q1 2022 compared with Q1 2021, excluding VAT, Logistics UK said its figures suggested that the cost to transport goods and broader cost-of-living pressures were beginning to impact demand for goods – with 35 per cent of those surveyed reporting a decrease in orders, and 12 per cent saying they had fallen by at least a quarter.

Meanwhile, the Upply Ti IRU European road freight rates index also found that the prospect of inflation had seen consumer confidence erode in much of Europe besides the UK, including Germany, Spain, Italy and France.

It said that haulage rates had increased substantially in response to fuel price hikes, but predicted they would get higher still in response to factors such as the restriction of oil supply into Europe from Russia, and the conflict in Ukraine.

It said the EU-wide weighted average price per litre for diesel had increased sharply since the third quarter of last year. Compared with the low of €1.10 during Q2 2020 induced by the Covid-19 pandemic, the weighted average cost of diesel was 52.7 per cent higher in the first quarter of 2022.

“The European road freight market has been marked since 2021 by an inflationary dynamic: freight rates are gradually increasing, and this trend shows no signs of abating,” said Thomas Larrieu, CEO of Upply.

“In addition to the factors that have been known for several months (dynamic demand with the reopening of the post-Covid economies, rising fuel prices, pressure on capacities and driver shortages), there is now a parameter that is exogenous to the usual problems of the sector: the war in Ukraine.

“This conflict is disrupting European supply chains, affecting driver availability, and causing an unprecedented spike in fuel costs. In the coming months, we can expect further increases in transport costs, which could fuel a subsequent rate increase. However, the price surge could be contained by a lull in European demand in response to widespread inflation in goods and services.”

Meanwhile, fuel retailers faced accusations that they had been pocketing a significant proportion of the recent 5p/litre cut in fuel duty, rather than passing it on to customers.

Responding in mid-May to record petrol and diesel prices, RAC fuel spokesman Simon Williams said: “While the average price of both petrol and diesel would have been far higher without the historic duty cut, it’s also unfortunately the case that drivers haven’t seen the full benefit at the pumps due to major retailers upping their margins.”

Conservative MP Robert Halfon called for a ‘pump-watch’ regulator to control forecourt prices, while many hauliers reported quoted prices for bulk deliveries of DERV being comparable to prices on local forecourts.

Also last month, Road Haulage Association (RHA) and Logistics UK representatives gave evidence to MPs and a Treasury official on the impact of fuel duty on the sector, alongside delegates from fleets including Knights of Old and Freightlink.

Topics broached during the session included the current rates of fuel duty, their impact on smaller operators in particular, and whether further measures such as the essential user rebate backed by the RHA were necessary to support the industry and to mitigate against the impact of fuel prices on inflation.

Also discussed were mechanisms by which to pass on additional costs to customers, while comparisons were drawn with other rebate schemes such as the Bus Service Operators Grant (BSOG) designed to minimise fares for passengers.