By adminCategories: NewsPublished On: Thursday 7 July 2022 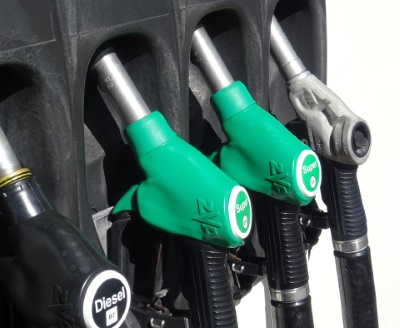 Average forecourt prices for diesel were on the brink of the £2 per litre mark as of early July, leading to renewed demands from industry representatives for further government action.

In late June, the RHA reiterated its call for a 15pper litre fuel duty rebate for essential users which it said was now ‘critical’, pointing out that the price of both petrol and diesel had increased by more than 60 pence per litre against this time last year.

“Critically, in the past few months alone since the start of the war in Ukraine, it has increased by 50ppl,”said the RHA. “Although we welcomed the 5ppl fuel duty cut by the Chancellor in his Spring Statement –we believe this has not gone far enough to help the embattled commercial vehicle sector,” the organisation added.

It encouraged members to write to local MPs making the case, along with their own perspectives on cost pressures and how a rebate could make a difference to their businesses.

RHA chair Moreton Cullimore, managing director of the Gloucestershire-based Cullimore Group which runs more than 60 vehicles, told the BBC last month that his company was facing “just over £1.3 million per year in additional cost” as a result of the increase to its annual fuel bill alone.

“The industry is about high volume of traffic for a very low margin, so that £1.3 million didn’t exist in the first place. So we only have one option, and that is to put the prices up,” he said – adding that despite historically being able to make savings by buying fuel in bulk, “right now we’re not actually seeing much different prices to what is on the forecourt, to what everyone else is paying.

“Uncertainty about how fuel prices would develop going forward was making pricing for future jobs very difficult, he warned.

It predicted that on­going political instability would be a main driver in maintaining high fuel prices, which it said would be “further compounded by the extent to which ongoing sanctions will impact Russia’s ability to pro­duce and export fuel”.

The company continued: “Fur­thermore, as the UK and EU weans away from Russian fuel supplies, prices will undoubtedly remain high as these markets adapt and reorientate as they look to other sources of fuel supply to sustain growing rates of demand in a post-pandemic market.”

Launching the report, Logistics UK reiterated the impact of fuel prices on its membership, as well as freight costs. David Wells, the body’s chief executive, said: “The government’s decision to cut fuel duty… by 5ppl will result in an av­erage saving of over £2,000 per year per 44-tonne truck; however, with other operational costs rising sharply thanks to rising inflation, and the cost at the pumps still ris­ing, this cost saving could be lost to operators in the short to medi­um term.”

Meanwhile reports abounded of fuel theft, including driveaways from filling stations. With theft di­rect from vehicles also a concern, haulage insurance broker Ascend Broking advocated the fitment on trucks of fuel security systems such as anti-siphoning devices, one of several measures it recom­mended to fleets seeking to save on insurance premiums to help offset the fuel cost increases.

“With diesel being so high-val­ue at present, diesel theft is soar­ing,” said the company. “Vehicles fitted with anti-theft devices are… more popular with insurers and will help reduce the premium.”