By adminCategories: NewsPublished On: Tuesday 26 April 2022 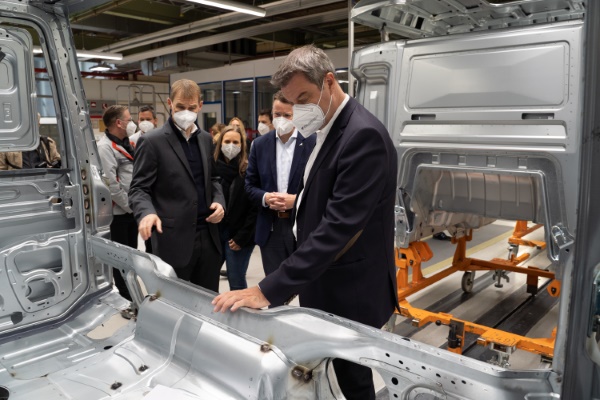 Manufacturer MAN announced yesterday that it was restarting truck production, which had been at a six-week standstill since mid-March, the result of component supply shortfalls at its Munich and Krakow plants due to the Ukraine war.

While its suppliers in Ukraine had resumed component production on a limited basis, MAN warned that the situation remained volatile due to continued uncertainty in the country.

The manufacturer said its components plants in Nuremberg and Salzgitter were also now gradually ramping up capacity.

“The restart in our truck production is a very good signal for our workforce and our customers,” said MAN CEO Alexander Vlaskamp.

“However, there is no reason for euphoria yet. We will approach our usual production levels only step by step. Production remains subject to major uncertainties. If the war shifts more strongly to western Ukraine again, we may be faced with a renewed standstill. Flexibility is and remains the order of the day, as is strict cost discipline.”

The manufacturer reports that its wiring harness suppliers in Ukraine are currently able to manufacture and deliver again, but at a low level – while MAN itself is on schedule with the duplication of production of wiring harnesses in other countries. However, it said that it would initially have significantly fewer variants in its range and, due to a degree of uncertainty, would ramp up production ‘step by step’.