By adminCategories: Commercial NewsPublished On: Wednesday 18 May 2022 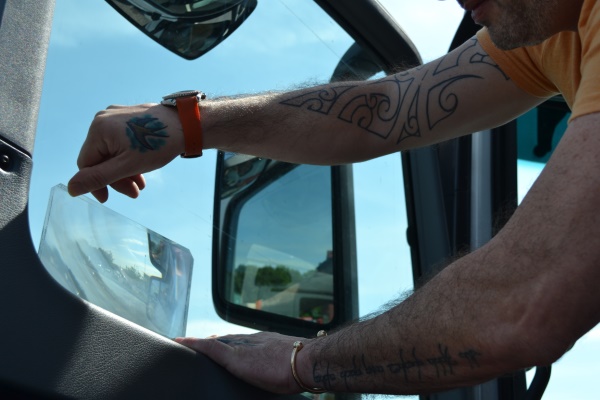 Low-entry cabs, retrofitted glass doors and camera systems often crop up in conversations about rendering trucks safer around pedestrians and cyclists, says Lens-Tech; but these can be expensive, and while big-time operators with a heavy urban presence and serious buying power may be in a position, or even obliged, to consider such measures, that won’t be the case across the board, particularly for smaller firms that just occasionally venture in and out of town.

Lens-Tech’s Hi Vue range are among the ways such fleets can help protect vulnerable road users without incurring unsustainable costs, the company says.

Fresnel lenses are made up of a series of concentric rings, which create a short focal length. They have plenty of applications – lighthouses and searchlights among them – but the one in question is a 21x12cm piece of PVC or acrylic, depending on the model, which sticks to a truck’s passenger side window and creates a broader downward view across the blind spot.

“They are an at-a-glance device,” said Lens-Tech’s CEO, Les Haigh.

“If a cyclist or a pedestrian were moving through [its field of vision] you wouldn’t see them in your nearside window glass, but you will see them through the lens. It just gives a little more time for the driver to spot someone.” 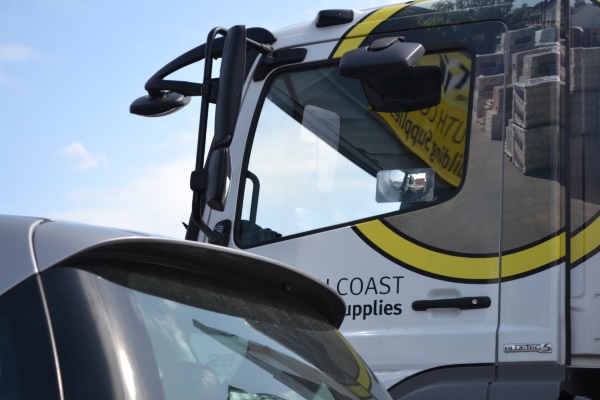 He contends that they can offer a more instinctive means of vision than a camera system playing through a monitor.

“It’s a lot for the driver to be moving his eyes not only across the road, but also then to a monitor within the cab – it’s not a natural thing,” Les continued.

The lenses have the thumbs-up from the UK’s Transport Research Laboratory (TRL) and Transport for London, says Lens-Tech, and have been handed out to overseas drivers in left-hand drive trucks by National Highways – while they are also fitted to every vehicle that rolls off Daimler Trucks North America’s production line.

Discounts are available for those ordering 10 or more units, and for Logistics UK members. Acrylic versions, said to produce a clearer image, are also available.