Oiling the way to fuel efficiency

For most fleets, fuel is a significant cost. Even small incremental improvements in fuel economy can be crucial to reducing the impact of fuel costs on a fleet’s bottom line. Additionally, substantially improving vehicle efficiency has the power to potentially support a sustainable fleet system.

Here I explore how a holistic approach to fuel economy, which incorporates the role of lubricants, can help fleets reduce fuel consumption.

A wide range of factors influence a vehicle’s fuel economy. Common approaches to finding efficiencies often involve exploring the use of aerodynamic skirts and kits, refreshing driver training to help target habits that may increase fuel consumption as well as reviewing planned routes to see where journeys can be shortened. However, the role of the truck or bus’s lubricants is often overlooked. 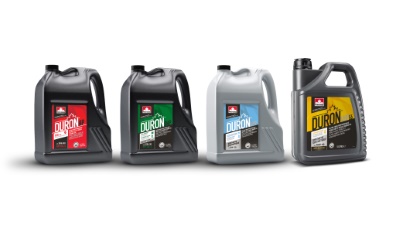 The role of lubricants

Throughout a vehicle’s engine and driveline, there are a range of lubricants and oils that can support a fleet’s journey towards improved fuel economy.

Heavy-duty engine oils play a key role in this, as they minimise frictional losses between the engine’s moving components, while reducing pumping and rotational losses. This reduces viscous drag and can improve fuel economy.

Lower viscosity lubricants also offer additional fuel economy benefits as they require less work to move through the engine due to their ability to flow with less resistance to key components.

However, when selecting a lower viscosity engine oil, it’s important to do so in line with the original equipment manufacturer (OEM) handbook guidance and with support from a lubricant expert. This will prevent engine protection being compromised for fuel economy gains to be secured and will also enable other influencing factors to be considered, such as the impact of stop/start technology, during the engine oil selection process.

When selecting any lubricant, proof of performance is important with test data and field testimonials offering useful insight into real-world performance. However, it is vital for demonstrating a product’s ability to contribute toward improved fuel economy.

For example, Petro-Canada Lubricants Duron UHP E6 5W-30 has been rigorously tested in a controlled environment that was designed to replicate real-world use on a dynamometer at Millbrook Proving Ground in Bedford.

Demonstrating the low viscosity engine oil’s ability to provide up to a 2.34 per cent improvement in fuel efficiency and emissions, the results showcase the impact lubricants can have on fuel consumption. A two per cent annual saving on fuel would have a positive impact on a fleet’s operational costs, particularly given recent price rises.

When fuel efficiency gains attributed to lubricants throughout a vehicle are combined, a positive contribution toward the economic and environmental performance of a fleet can be secured. It’s important to remember however that lubricants should only be selected based on the OEM manual recommendation and in collaboration expert guidance to enable efficiencies and superior protection to be achieved.

In a period where fuel efficiency and fuel consumption can have a significant impact on the operation of a fleet, now is the time to take a holistic approach to improving a fleet’s fuel economy. By considering lower viscosity engine oils and lubricants, fuel economy can be improved while maintaining the performance and reliability of the vehicle’s hardware.