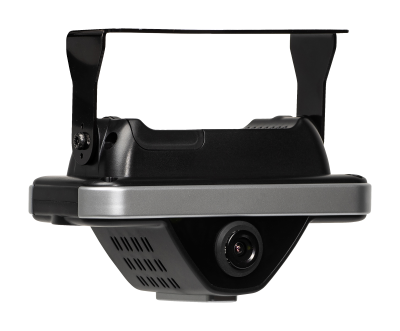 Telematics systems focused on driver behaviour, and especially the systems that use cameras, are often disliked by drivers.

Barney Goffer, product manager for Teletrac Navman, hopes to change all that with the launch of the Smart Dashcam, which he says will transform in-cab driver training through the use of machine learning and artificial intelligence via the company’s TN360 platform.

Speaking to Transport Operator at the Commercial Vehicle Show he mentioned that early attempts to train drivers through telematics may well have been counter-productive in some cases.

“This type of monitoring started by using accelerometers to measure harsh acceleration and braking, which were seen as signs of poor driving. But there was no way to contextualise these events.

“It’s unfair to automatically penalise drivers for all instances of harsh braking… sometimes it’s very good driving as the driver is reacting quickly and effectively to unpredictable events unfolding in front of him.

“The Smart Dashcam can reward good driving, a lot of data is processed through the device itself. But it also helps operators prioritise problems, and the machine itself ‘learns’ through the camera to identify genuine high-risk behaviour and situations.

“It can also tell the driver in real time when they are going wrong: for instance, if they are distracted.

“It provides a trusted environment for the driver to learn in, and puts the data into context: the driver can do automated training sessions, and the system can compile weekly videos giving recognition for good behaviour and correction for bad driving. Drivers may not otherwise be conscious of mistakes.”

Fleet managers can use the system to develop proactive safety programs and deliver highly-tailored and immediate training to individuals.

Teletrac Navman has also recently secured a contract to supply the Maritime & Coastguard Agency (MCA) with fleet management technology for its 485-strong fleet of vehicles across the UK. Headquartered in Southampton, the MCA is an Executive Agency of the Department for Transport and provides a 24-hour maritime and coastal search and rescue emergency coordination and response service for the United Kingdom from bases across the country. Teletrac Navman’s fleet management solution will allow the MCA to gain increased visibility and real-time actionable insight to streamline and safeguard operations.